204 Million Americans Are Asking Themselves the Same Thing…“How to Survive the New Pandemic Gilded Age?“

The gap between the incomes of the rich and poor in this new Gilded Age is strikingly broad and deep, according to a report from Congress’ data crunchers.

The study by the Congressional Budget Office , released this week, found that income has become dramatically concentrated, shifting heavily toward the top earners.

Income inequality has risen in every state since the 1970s and, in most states, it has grown in the post–Great Recession era. From 2009 to 2015, the incomes of the top 1 percent grew faster than the incomes of the bottom 99 percent in 43 states and the District of Columbia.

The lopsided income growth of the last 42 years has already pushed the income share of the top 1 percent higher than it was in 1928 in 24 states.

The world’s 1,542 billionaires’ combined wealth amounts to a record-breaking $6 trillion, making it the first time since the Gilded Age so much wealth has been concentrated.

America’s top 25 billionaires — a group the size of a major league baseball team’s active roster — together hold $1 trillion in wealth. These 25 have as much wealth as 56 percent of the population, a total 178 million people or 70 million households.  “Wealth concentration is as high as in 1905.”

The billionaires who make up the full Forbes 400 list now own more wealth than the bottom 64 percent of the U.S. population, an estimated 80 million households or 204 million people — more people than the populations of Canada and Mexico combined.

How does your survival stack up?

The Federal Reserve reports that millions of Americans continue to struggle.

To survide in the New Gilded Age 2, we need to do more to understand wealth,  building wealth, build wealth and obtain the super-concentration of resources.

Mark Twain once wrote, “History doesn’t repeat itself but it often rhymes.” According to historians, the groundwork for the New Gilded Age 2 began in 1990. Nearly 30 years later, the age of the “robber baron” industrialist and the cutthroat financier has returned.

Mark Twain called it the Gilded Age because it was bubbling with money and the beautiful things of life. The Gilded Age was  a period in history in which America faced rapid industrialization, a massive influx of immigrants, and a growth of capitalism that was almost impossible to beat.  The same as it does today.

Duringn“Gilded Age 1,” every man was a potential Andrew Carnegie, and Americans who achieved wealth celebrated it as never before. In New York, the opera, the theatre, and lavish parties consumed the ruling class’ leisure hours. Sherry’s Restaurant hosted formal horseback dinners for the New York Riding Club. Mrs. Stuyvesant Fish once threw a dinner party to honor her dog who arrived sporting a $15,000 diamond collar.

The “Gilded Age 2” began around the fall of the Berlin Wall and the election of Bill Clinton. But gilded does not mean golden; in both eras, prosperity and progress overlaid poverty, racism, corruption and financial instability.  America’s Gilded Ages: Then and now, and how they differ (usatoday.com)

If the similarities between the periods weren’t sufficiently uncanny, in 2016 the 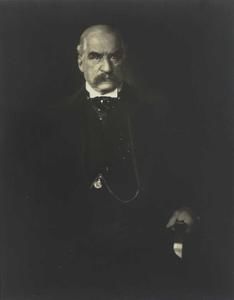 nation elected as president Donald Trump, who personifies the Gilded Age 2 as much as robber baron industrialists and financiers did the first. “It was as if J. P. Morgan had been elected president,’’ says Boston College historian Patrick Maney. “Donald Trump puts an exclamation point on this second Gilded Age.’’

Get CONTROL of Your Mind!!!

Whatever the mind can conceive & believe, it CAN ACHIEVE!!! 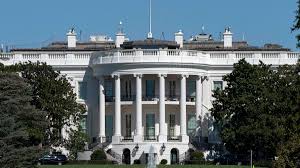 READY TO SURVIVE IN THE NEW PANDEMIC GUILDED AGE?

The Law of Success was a precursor to Napoleon Hill’s Think and Grow Rich. Hill was well known for researching what made millionaires different from the common man.  These lessons perfectly crystallize everything you will need to know to succeed during these hard economic times.

Many of today’s best known self help books take there core concepts form this book. The Secret, the Power of Positive Thinking, the Millionaire next door, and The Law of Attraction all take their basic premises from this landmark work.

Now you can get it from the source. Once you’ve completed these coaching sessions you will understand what gives certain people an edge over everyone else.  By following the advice laid out clearly in each session you’ll be the one with an edge. It’s time to stop wondering what it’s like to be rich and start knowing.

This coaching has changed countless lives and it can change yours!

The System Perfectly Crystallizes Everything You Need to to Succeed in Guilded Age 2.

It’s time to stop wondering what it’s like to be rich & healthy in Gilded Age 2.  This  coaching program has changed countless lives and it can change yours! 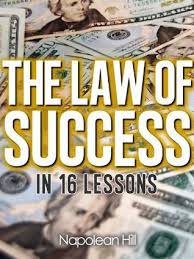 Each lesson is a prosperity coaching session.  Listen, Read listen and read again until it becomes second nature. Only then should you move onto the next lesson. If you fail it is not the fault of the author or our course.  It is your fault for not applying and utilizing the exercise and directions in each lesson.  Hill spent over 25 years and interviewed over 16,000 successful Gilded Age business and financial people in the development of this course. Shouldn’t you spend 16-24 weeks?

You’ll learn from the experience offered  500 of the richest people in the Gilded Age. In this coaching, you’ll truly change your life for the better in Guilded Age 2.  This coaching became the world’s first comprehensive philosophy of personal achievement.  Shouldn’t it be yours?

[2]:  A FREE Get Started Coaching Sesson is Available

2 thoughts on “MKS: 204 Million Americans Are Asking Themselves the Same Thing”